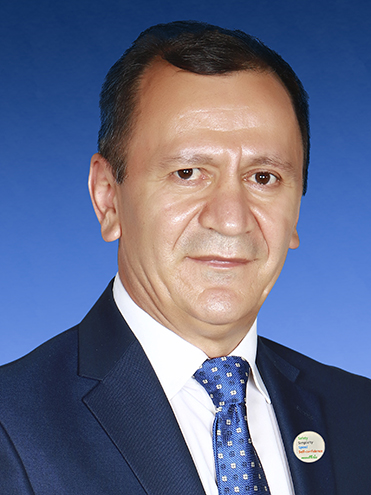 Hamid Sabzikari is vice president and general manager, Middle East, Egypt and Turkey (MEET). In this role he has responsibility and accountability for Air Products’ merchant gases business and on-sites across the region.

Mr. Sabzikari has over 30 years of experience, 25 of which have been in the industrial gas, oil and petrochemical industries. His career with Air Products began in 2005 in the United Kingdom as contract manager for the Tonnage and Bulk businesses, which then led to Treasury and Business Management roles for Air Products in Europe and the Middle East. From 2011 to 2016, Hamid served as regional general manager for Turkey and the Caspian Sea countries. In 2016, he was appointed general manager, Business Development, MEET. In late 2018, Hamid relocated to Dubai and assumed the role of director, Strategy and Development, MEET, where he focused on acquisitions and improvement strategies for our operating and joint venture companies. Prior to his appointment as vice president & general manager, Middle East, Egypt and Turkey, Hamid led Air Products’ merchant businesses in the region as General Manager of Oman and UAE.